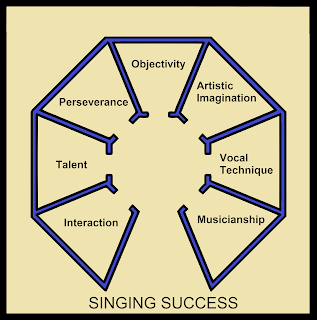 Everything you know, you taught yourself.  What?  Wait a minute!  I had teachers.  Yes, you did but they didn’t have anything to do with your assimilation, your utilization, and your participation.  Maybe they got you to try or to participate or they tried to motivate or inspire you.  We’re not taking credit away, but it is your mind and your brain which did the work, so do not diminish yourself by blaming someone for teaching you something that you then grasped and used.  You got it.  You have it and it’s yours.
So, what is more important, the concept or the nomenclature?  If you want to converse with someone about something, if you both know the terminology, it might be easier, but you should know that the concept is more important than what it is called.
There is a huge amount of terminology in musicianship, yet there have been many people who can play piano or guitar and know little or nothing about music theory, as far as they do not or did not know what things are named but could function as well or even better than those who do.  If you want to know music theory, you can.  Anyone can learn it if, and only if, it is taught in such a way that it is not dependent upon having something I call prior knowledge.
The drawing that I did (above) is based upon the work of the late great Richard Miller.  After having explored this little paradigm, I discovered that there not only is more to it, but there is also at least eleven more categories affecting a singer’s success and performance.  The seven, above, are still a great place to start.  All seven work together as a synergistic whole but each can be addressed, separately for the benefit and the improvement of a singer.  Every aspect should be sufficiently developed so that it doesn’t act as an impediment for a singer who is lacking in some way.
Some would argue that you only have so much talent and there is no more available to you.  If your musicianship is weak or if your vocal technique is weak, you will sound like you are not talented.  Guaranteed.  What is talent and how can it be measured?  We can make up tests for musicianship.  I took a hard one, when I got accepted to Berklee.  How could we measure artistic imagination and how could that be improved?
You are not a rock, even though there is a huge amount of motion in a rock which you cannot see with the naked eye.  You are more flexible, pliable, malleable, and changeable both physically and mentally than a rock.  What?  What does a rock know?  You’d be surprised by the intelligence contained in a rock, but that’s another story.  After all, there is Rock Music, also.
If we start with the idea that everything can be improved, we at least have hope.  Without hope, we have nothing.  Let’s count on hope and then put some things to a test.  Stay tuned!